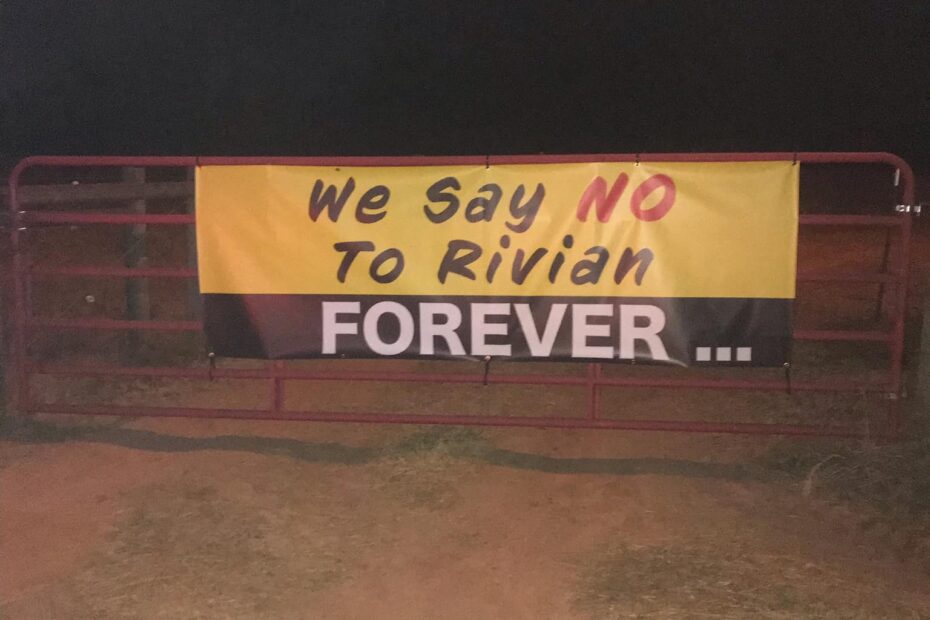 Letter To The Community by Nancy Clark

I am writing this in regards to the behemoth Rivian plant proposed for a very rural area intersecting Morgan, Newton and Walton counties. However the more we are learning, the more we hear this could have far-reaching effects into Oconee, Greene, and Jasper counties as well. I initially wrote this as a facebook post, but was asked to turn it into an editorial. The problem is that every time I think I’m done, more information is released regarding the proposed plant.

In my opinion, there is MUCH to dislike about this proposal: Water rights.  Environmental concerns. The secretive manner in which it has been snuck through. The appearance of impropriety on the part of those elected to represent us. The fact that there is another area in the state earmarked (AND PAID FOR!) for this project in an area better suited…the more research you do, honestly, the worse it gets.  We are learning now that there are no concrete plans in place for the massive amount of solid and liquid waste this plant is expected to produce. There are no concrete plans in place for providing water to the plant OR protecting the existing aquifer. The plant alone is expected to require 4.7 MILLION gallons of water each day. Much of the data presented to the Army Corps of Engineers has incorrect information regarding many of these concerns..as well as the wrong location! There is red flag after red flag.

The biggest argument in favor of this project is that it will allegedly create 7500 jobs for the area. I  think most of us can see several issues with not only that number, but also where the workforce will come from, and to what detriment to current employers. There are many questions surrounding where this work force will come from, especially since our area cannot support the job vacancies we have now. However, the  state will also LOSE revenue in other industries. These include tourism, agriculture and the equine industry. According to the UGA extension website and the Georgia Agricultural Commodity Commission for Equine, there are more than 74,000 horses in the state of Georgia. These horses and ALL the professions that support them, generate more than $750 million dollars to the state of Georgia annually. The area where the plant will go is one of the largest hay producing farms in a very wide area. Hay needs to be grown somewhere, or we are spending our money out of the area, or out of state to feed them. People need to be involved in growing that hay: more jobs lost. Hay prices continue to rise with inflation, adding to that the cost of shipping in from other areas. Hay grown and purchased locally keeps money IN our local community, and reduces the carbon footprint. Growth in any area is a give and take….people can’t get sucked into this thing thinking it is 100% an economic win…because there will be significant losses as well. If our trails disappear, people will go elsewhere to ride…more revenue lost. If horses start leaving the area, we will need fewer farriers, veterinarians and ALL of the staff those businesses support.

It’s far-reaching, and the equine industry is just one part of this….but a very UNDER-represented industry politically.  Horse owners need to be mindful that even if this project isn’t close to you geographically…it’s very close to you economically and politically. We need to stand together against THIS project…because there will certainly be others. Not that we are anti-growth…but that we are FOR intelligent growth. That we are against projects that affect our livelihood. We are FOR projects that will promote and protect our rural areas, our wildlife, trails and farms. Please visit No2rivian.org to see how you can get involved. We are currently fundraising for the legal battle, and ask everyone to call or write their representatives; there is a list of contacts on the website.

1 thought on “Opposed to Rivian”